October was significant for the payments industry as the U.S. EMV liability shift deadline came and went on the first of the month. The transition is far from complete and it’s something we’ll be talking about well into the new year.

That said, it should come as no surprise that an overview of the EMV shift was one of the most-read stories on Mobile Payments Today last month. In it, we discuss EMV from three perspectives: security; mobile payments; and mobile point of sale, and also addressed education for consumers and merchants.

Another article of note last month was a contributed piece from the Mobey Forum’s Sirpa Nordlund who wrote about the need for banks to make an impact with mobile payments. Nordlund’s piece turned out to be a bit of foreshawdowing as Chase announced Chase Pay at Money 20/20.

Other articles of note included SumUp’s debut in the U.S. with an EMV compatible mPOS device. We also hightlight two whitepapers that debuted on the site.

5. “SumUp makes US debut with EMV compatible mPOS” – The proprietary device works with smartphones and tablets running either the Android or iOS mobile operating system.

When Apple launched its long-awaited mobile wallet last October, some European-based payments companies took the announcement as a sure sign Near Field Communication would become the dominant method for proximity mobile payments in the U.S.

Soon after the announcement, companies such as U.K.-based Proxama, a mobile engagement and loyalty firm, revealed plans to enter the U.S. to court big-name brands and merchants to deploy advertising and rewards programs based partly on NFC’s two-way capabilities. European companies at the time described the U.S. market as fertile ground for expansion across the pond as NFC-based mobile wallets, Bluetooth Low Energy beacons, and the EMV migration converged at once.

Fast forward 12 months and a big piece of that triple threat has arrived in the U.S. with the EMV liability shift deadline now behind us. With that in mind, U.K.-based mobile point-of-sale provider SumUp today announced its entry into an already crowded U.S. market to provide small-and-medium-sized businesses with an EMV and contactless compatible proprietary device that works with smartphones and tablets running either the Android or iOS mobile operating system.

SumUp will market its product directly to U.S. merchants. The company will also seek to entice its current European partners that have a presence in the U.S. to consider the device for stateside operations.

4. “The ATM-and-mobile age is here. Where are you?” – For deployers who are not quite there yet, a free “ATM and Mobile 101” report offers valuable guidance on the integration of ATM mobile channels.

The mobile phone has evolved from a tool used primarily for voice communications into a rich channel for data exchange and consumer interaction. The convergence of mobile communications with self-service means that mobile devices are becoming ATM access devices, able to offer many of the display and keyboard functions currently available on ATMs.

This report provides guidance for ATM deployers considering the integration of their ATM and mobile channels.

Mobile-ATM integration means that a financial institution’s customers can use a smartphone to withdraw cash from ATMs without a debit card, and also use mobile devices to personalize their experience at the ATM.

3. “Brace yourselves: EMV is here” – The liability shift hits October 1, but there’s still a lot of work to be done to get consumers and merchants ready for a new payments environment.

When I think about what’s happening in the payments industry this week, a scene from the 2001 biopic about Muhammad Ali comes to mind.

Ali, portrayed by Will Smith, walks into a makeshift training room in Zaire just after George Foreman finishes speaking to the media about the duo’s heavyweight championship boxing match billed as the Rumble in the Jungle.

Not thinking anything of it, the challenger Ali makes his way to a pair of bongos in the room, slaps them to a catchy beat, and yells: “The champ is here!” He does this several times as the current champ in Foreman leaves the room.

Well folks, EMV is here in the U.S., and its arrival comes to us with some controversy, which is something Ali stirred up with his words before, during, and after his multiple title runs.

EMV’s entrance into the payments and retail markets in the U.S. means a lot of different things, so I thought it would be a good idea to briefly examine some of them.

2. “The ‘Pay’ model is strong, but banks are still in play” – Despite Apple, Google and Samsung soaking up all the hype with mobile wallets, the banks are slowly starting to make their own moves.

Apple Pay registered some impressive figures when it launched in the U.S. in 2014. It seems, though, that adoption has slowed, as more devices go unregistered and the initial hype dies down.

An ongoing survey conducted by InfoScout in cooperation with PYMNTS.com shows the number of eligible Apple Pay users who tried the service dropped from 15.1 percent in March to 13.1 percent in June. The victory, though, is the impact on the market. Apple has done an exceptional job in bringing mobile contactless payments into the mainstream, paving the way for Samsung, Google and the banks.

Samsung Pay has been live in Korea since August 20 and has picked up around 500,000 users. This statistic should grow following launch in the U.S. at the end of September and not least because the platform can make payments with both contactless and mag stripe terminals. On top of this, Google launched Android Pay on September 10. We’re yet to see any adoption figures here but the land-grab is certainly going to be interesting. Indeed, the advertising war has already commenced!

Separately, Google has also updated its wallet app to offer peer-to-peer payments and wallet-to-bank transfers. Android and iOS users can now send money to anyone in the U.S. with an email address, even if they do not use the app themselves. With bill splitting, activity notifications and the ability to set up recurring transfers thrown into the mix, it is clear to see that the Internet giants are intent on taking bank disintermediation even further.

1. “‘Mobile Wallets 101’: Your guide to the future of cardless transactions” – FIs have an edge in a bid for mobile wallet loyalty due to their trusted provider status. For those that have been late to the party, now is the time to capitalize on this advantage.

Financial institutions understood early on the importance of being “top of wallet” when it came to winning the “plastic war.” Make your ATM, debit or credit card the go-to item for transactions and you’re solid with that customer or member.

FIs have been slower to grasp the arguably greater importance of being top of wallet in the mobile war. But with increasing consumer uptake of smartphone-based payments and cardless ATM transactions, the importance of a branded mobile wallet in competing with both tradition and nontraditional providers will only grow.

Recent studies have shown that banks currently have an edge in the competition, due to their reputation with consumers as a trusted financial provider. Those banks and credit union that are the earliest movers will have the best opportunity to capitalize on this advantage.

For FIs currently considering a mobile wallet rollout, Mobile Payments Today offers “Mobile Wallets 101,” a free introductory guide to types and capabilities of mobile wallets. Following is an excerpt from the guide. 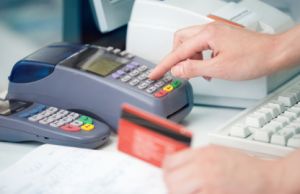 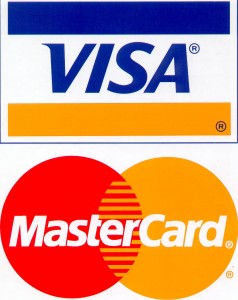